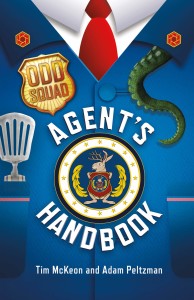 From the universe of the award-winning hit television show Odd Squad, the Odd Squad Agent's Handbook is the book every new recruit receives. It's filled with tips and tricks on how to be the best agent possible, plus secrets of the squad and highlights from its greatest adventures.

In short, this is the ultimate guide to the strange, the unusual, and very, very ... odd.

Written by the creators of the show! 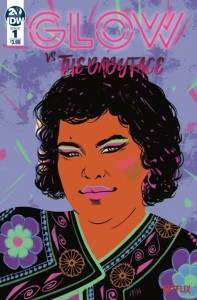 GLOW vs the Babyface

The women of GLOW are preparing for an all-new sort of a foe… a news anchor! As they learn the art of the promo to convince the media that GLOW isn’t a bad influence on children thank you very much, they discover a much bigger problem—a runaway who’s been living under the ring! 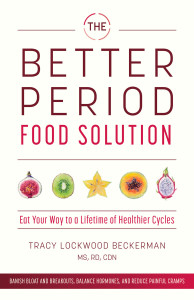 The Better Period Food Solution: Eat Your Way to a Lifetime of Healthier Cycles

Banish bloat and breakouts, balance hormones, and reduce painful cramps!Sometimes it feels like there’s just no way to feel good during your menstrual cycle. It seems like ibuprofen and sick days are the only way to get through--until now. The Better Period Food Solution teaches you how to eat for a better, healthier, more comfortable period!This helpful guide shows how nutrition and certain foods can not only help alleviate painful period symptoms, but also heal your body through every stage of your cycle. Whether you suffer from painful periods or low energy, or a more chronic problem like endometriosis, The Better Period Food Solution will guide you through the nutrition choices that are best for your body. The book also includes sample meal plans and recipes that allow you to enjoy a lifetime of healthier cycles. 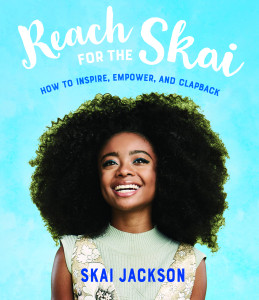 Reach for the Skai: How to Inspire, Empower, and Clapback

Actress and activist Skai Jackson shares her lessons on life and her rise to stardom in this vibrant memoir about self-acceptance, girl empowerment, and the classy clapback.

Actress and activist Skai Jackson is a star! Her rise to fame started on the popular Disney Channel shows Bunk'd and Jessie. Her cool sense of style led her to create her own fashion line. And her success has made her a major influencer, with millions of followers on Instagram, who isn't afraid to stand up for what she believes in.But being a teen celebrity isn't always glamorous. For the first time, Skai discusses the negative experiences that sometimes come with living in the spotlight--the insecurities about her appearance, the challenges of separating her real personality from her TV roles, and the bullying she's faced both personally and professionally. She knows firsthand the struggles tweens and teens face today, and she has found her calling as an antibullying activist, known as the queen of the classy clapback.Skai is a positive force and a role model for inspiring change and embracing differences in others. Her story will encourage girls and boys alike to believe in themselves and to have the courage to reach for the sky and follow their dreams. 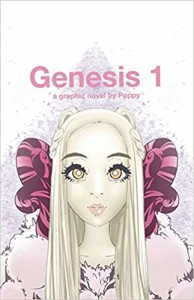 Genesis One: A Poppy Graphic Novel

Is she a girl? Is she a machine? Is she humanity's redemption, or its damnation? Don't be scared -- either way, she is Poppy...and you love Poppy. Witness the genesis of the internet phenomenon in this original graphic novel, bundled with a brand new Album only available here." 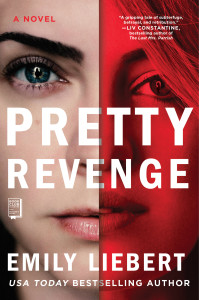 The name of the game is revenge—no matter the cost—in this emotionally charged thriller reminiscent of The Wife Between Us and The Perfect Nanny.

Kerrie O’Malley, jobless and in an unfulfilling relationship, can isolate the singular moment in her life when things veered off course—the night she was irrevocably wronged by someone she looked up to. Eighteen years later, when Kerrie sees the very woman who destroyed her life on television, a fire ignites inside her. The stakes are high. The risks are perilous. But she’ll stop at nothing to achieve the retribution she deserves.

Jordana Pierson is a gilded New Yorker who appears to have it all: wealth, glamour, a successful and handsome husband, and a thriving wedding concierge business. Her record is spotless. Her business is flourishing. No one knows the truth about her and the dark shadows of her past.

No one, that is, except Kerrie.

Exploring just how far someone will go for vengeance, Pretty Revenge is a riveting, compulsively readable novel bursting with twists and turns and plenty of suspense. 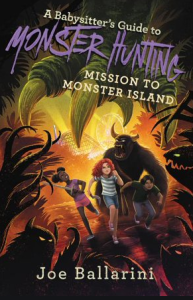 A Babysitter's Guide to Monster Hunting #3: Mission to Monster Island

It’s the end of the world as she knows it! Thirteen-year-old Kelly Ferguson’s secret life as a monster-hunting babysitter is taking a beastly turn. Now she has to go on a rescue mission to Monster Island—where monster royalty is turning kids into hairy mutant monsters!

To pull it off, she’ll have to face off against internet trolls, trash monsters, and her fear of screwing up—plus the biggest, baddest Boogey of all. With the fate of humanity on the line, can Kelly save the kids, the world, and her own social life before the big school dance?

A babysitter’s job is never done! 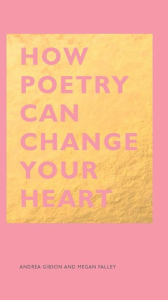 How Poetry Can Change Your Heart

How can a poem transform a life? Could poetry change the world? In this accessible volume, spoken-word stars Andrea Gibson and Megan Falley roll out the welcome mat and prove that poetry is for everyone. Whether lapsed poetry lovers, aspiring poets, or total novices, readers will learn to uncover verse in unexpected places, find their way through a poem when they don't quite "get it," and discover just how transformative poetry can be. This is a gorgeous and inspiring gift for any fan of the written word. 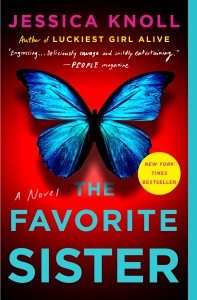 NO ONE EVER SUSPECTS THE GOOD ONE.

Brett and Kelly have always toed the line between supportive sisters and bitter rivals. Growing up, Brett was the problem child, in the shadow of the brilliant and beautiful Kelly. In adulthood, all that has changed. Kelly is a struggling single mother and Brett has skyrocketed to such meteoric success, which has been chronicled on a reality TV show called Goal Diggers.

When Kelly manipulates herself onto the show and into Brett’s world, Brett is right to be threatened. Kelly, and only Kelly, knows her younger sister's appalling secret, and it could ruin her.

Still, when the truth comes out in the explosive final weekend of filming, neither of them ever expected that the season would end in murder. 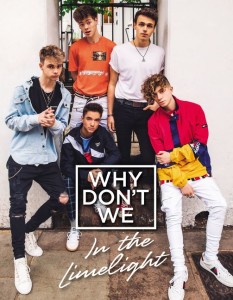 Why Don't We: In the Limelight

Author : Why Don't We

In the Limelight is the official Why Don’t We autobiography, full of never-before-seen photos and behind-the-scenes info about one of today’s hottest bands.

When five guys decided to form a band, they never imagined that they would go from playing music online to playing tours across the world so quickly. Why Don’t We has been together for less than two years, and they’ve already headlined sold out shows, played at Madison Square Garden, and amassed millions of fans. And this is all just the beginning.

This is the official Why Don’t We story, full of never-before-seen photos and everything you need to know about Corbyn, Daniel, Zach, Jonah, and Jack. Find out the secrets they’ve never shared with fans before, their embarrassing childhood stories, what they look for in a girlfriend, and how it felt to have their lives completely changed by this incredible journey. 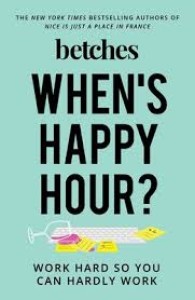 The New York Times bestselling authors of I Had a Nice Time and Other Lies and Nice Is Just a Place in France and founders of Betches.com are back with a guide on how to thrive professionally, get ahead in the workforce, and basically become the Beyoncé of whatever you aspire to do.

We get it. You run shit. You can go from being blackout at drunk brunch to being ready to meet your new boyfriend’s parents in two seconds. But how do you go from being the boss of your personal life to taking charge of your career? That’s where the Betches come in.

We are dedicated to making you the most successful, betchiest career woman you can be. After all, we only became Betches after we worked like, really hard. And now we’re confident enough to help you become the best. You’re welcome. You can thank us later. As New York Times bestselling author Jessica Knoll says, “I only ever want the cold, hard truth from a betch.”

So whether you’re trying to become a CEO, navigate an office hookup, or just save enough money to go to happy hour twice a week, we’re here to help. It’s time to channel your inner Elle Woods, Miranda Priestly, and Ruth Bader Ginsburg. Per our last email, you better read this. 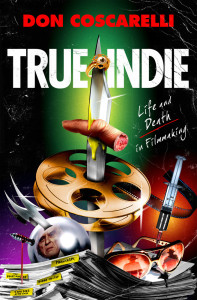 From Don Coscarelli, the celebrated filmmaker behind many cherished cult classics comes a memoir that's both revealing autobiography and indie film crash course.

Best known for his horror/sci-fi/fantasy films including Phantasm, The Beastmaster, Bubba Ho-tep and John Dies at the End, now Don Coscarelli’s taking you on a white-knuckle ride through the rough and tumble world of indie film.

Join Coscarelli as he sells his first feature film to Universal Pictures and gets his own office on the studio lot while still in his teens. Travel with him as he chaperones three out-of-control child actors as they barnstorm Japan, almost drowns actress Catherine Keener in her first film role, and transforms a short story about Elvis Presley battling a four thousand year-old Egyptian mummy into a beloved cult classic film.

Witness the incredible cast of characters he meets along the way from heavy metal god Ronnie James Dio to first-time filmmakers Quentin Tarantino and Roger Avary. Learn how breaking bread with genre icons Tobe Hooper, John Carpenter and Guillermo Del Toro leads to a major cable series and watch as he and zombie king George A. Romero together take over an unprepared national network television show with their tales of blood and horror.

This memoir fits an entire film school education into a single book. It’s loaded with behind-the-scenes stories: like setting his face on fire during the making of Phantasm, hearing Bruce Campbell’s most important question before agreeing to star in Bubba Ho-tep, and crafting a horror thriller into a franchise phenomenon spanning four decades. Find out how Coscarelli managed to retain creative and financial control of his artistic works in an industry ruled by power-hungry predators, and all without going insane or bankrupt.

True Indie will prove indispensable for fans of Coscarelli’s movies, aspiring filmmakers, and anyone who loves a story of an underdog who prevails while not betraying what he believes.